I started writing this story that planned to be more romance than suspense. As 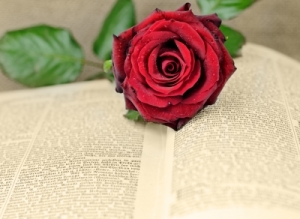 I’ve written further into it, it’s becoming more suspense than romance, but what concerns me the most is this has become darker than I anticipated.

I realized my motivations for one of the major turning points wasn’t strong enough. But I had to get my heroine, Gemma, to abandon everything she knows to join the hero back to his home country. So instead of leaving to keep her home safe, I’ve forced her to leave because her home doesn’t exist anymore (for lack of better explanation, and I don’t want to give spoilers!)

But I’m struggling with how much darker the story has become. I normally don’t write this morbid, but it makes the motivation strong enough for the character. One particular scene had me in tears as I wrote it, but it was crucial.

The reason I’m so concerned is this doesn’t fit the standards of the current publisher I work with. Selling this story could prove to be more difficult than I’d like.

Writers: have you ever experienced something like this? Where a story morphs into a different genre or tone before your eyes? How do you handle it? Or maybe I should finish the thing first and worry about those issues later. Hm, conundrum.