Which is the best way for you to get book news?

Many avid book readers claim that novels are far better than the movies created in their wake. I’ll admit, they’re right. 99.999% of the time.

I’ve found very few movies that did the books justice, let alone were better. Particularly any of the classics. Pride and Prejudice, Ulysses, Jane Eyre. (no, the Twilight series is not considered a classic, nor will it ever)

Mainly because they can’t capture the inner minds of the epic characters we see in our heads as we read them on the page. Or is it perhaps our imaginations are far more brilliant than what’s depicted on screen? Or merely different, and then our expectations are let down.

One of the biggest examples of this is the Harry Potter series. There is so much

detail of the witchcraft and wizardry world that the movies will never be able to capture, although they’ve done a fine job of attempting it, thanks to the advancements of computers and green screens. If the movies were able to depict every scene in the books, then each movie would be eight hours long. Particularly the last one; it would have been thirty hours. And who in their right minds would be able to sit in a chair and watch a movie that long?

Well, book lovers of course. And if they are going to sit in a chair that long, they’d rather be reading.

A few movies have come close to matching the same

feelings I get from the book. Timeline by Michael Crichton. Here’s the odd thing: there were a few changes in the back-story of that film from the book of which I rather liked. It was a simpler explanation, more believable, and more poetic at the end. That, and I’m a sucker for Gerard Butler.

One movie changed it’s colors almost entirely from the book, and a classic one at

that. If you’ve ever read The Count of Monte Cristo, you’ll know the movie is almost completely different. The prison break scene seems to be the only matching event. The ending is completely different. And the movie leaves out an entire set of characters that are so vibrant and alive in the book. I never would have known that had I not read the book. I’ll admit, I saw the movie first. But redeeming factor here, it compelled me to read the novel. Of which I liked much more than the movie.

Nevertheless, I will always watch the movies. I go into the theater (or plop onto my couch) knowing that the book will always have an advantage over the screen depiction.

What about you? Are there any movies that you liked as much as the novel? Or even better? I’m curious to see if there are any out there. 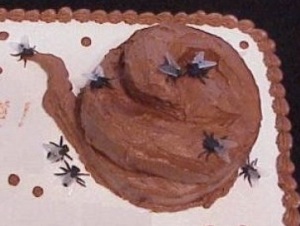 Just in case you were hungry, now you're not

is made of dog crap.

I’d expect a few mistakes on a debut author, particularly if it was self-published or an e-book. Sometimes the formatting on E-Books can be the Devil, no matter how many times you proofread it before you hit ‘Submit.’

But this was a Hard-Back book from a major publishing house, written by a New York Times Bestselling Author. (I won’t name the book or author, but its a name every romance reader knows). I read it several months ago and vowed never to pick up another one from them. Then I walked thru the bookstore the other day and found a new release from her. And I scowled. In the middle of the aisle, in a brick-and-mortor bookstore, with other people around me. Actually scowled.

I could have written a better manuscript than what she submitted, but this woman keeps getting more and more contracts, and clearly doesn’t care about the quality she submits. And what’s even worse, the editors don’t even care to call her out on the mistakes. Maybe they don’t even bother reading it. It’s so frustrating. Particularly for someone who’s trying to break into the publishing world.

The book I ended throwing across the room had serious mistakes. Entire paragraphs repeated. What newbie editor doesn’t catch that??? Repetitive phrasing throughout every chapter. I wanted to puke every time I read the words ‘pleasure.’ She used it 3 or 4 times in a single paragraph. Imagine that, EVERY OTHER PARAGRAPH throughout half the story. 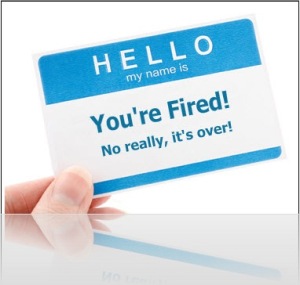 Personally, I think that editor should have been fired. If she isn’t going to take the time to respect her job and the publishing industry, then I don’t want to take the time to read anything that crosses her desk. And as for the author, it was clear she didn’t care about the story at all. She was probably so pressed on a deadline and was so far behind, she just vomited words on the page and clicked ‘Send’ in her email. She stopped respecting her own profession. Thereby, I’ve stopped respecting her books.

I guess that’s how I protest things I disagree with. I don’t purchase their products. Just like I don’t buy gas from Exxon Mobile or Citgo (7/11’s). (Exxon Mobile is a horribly unethical company and Citgo is a Venezuelan company and supports Hugo Chavez. Just in case you care to join in my protest.) I don’t buy Lady Gaga music, and anytime Chris Brown songs come on the radio, I change the station.

Before you click away from this posting claiming here’s another liberal, sign-toting, picket-line enthusiast, I’m actually not that liberal. I’m a conservative. Personally, picket lines are pointless. You should be spending that time at your job, or protesting in a more productive way, like donating money to the cause, or even better, taking money away from the target.

Nothing is more effective than hurting the pockets of a controversy.

But alas, that means I must add another person/company to the list of stores/products that I will not purchase in my own subtle protest. This one just hurts a little more because someone is succeeding with crap in a business that’s close to my heart.

How about you? How do you react to a bad book? And take it a step further: how to show your disapproval for companies or products that disappoint you?